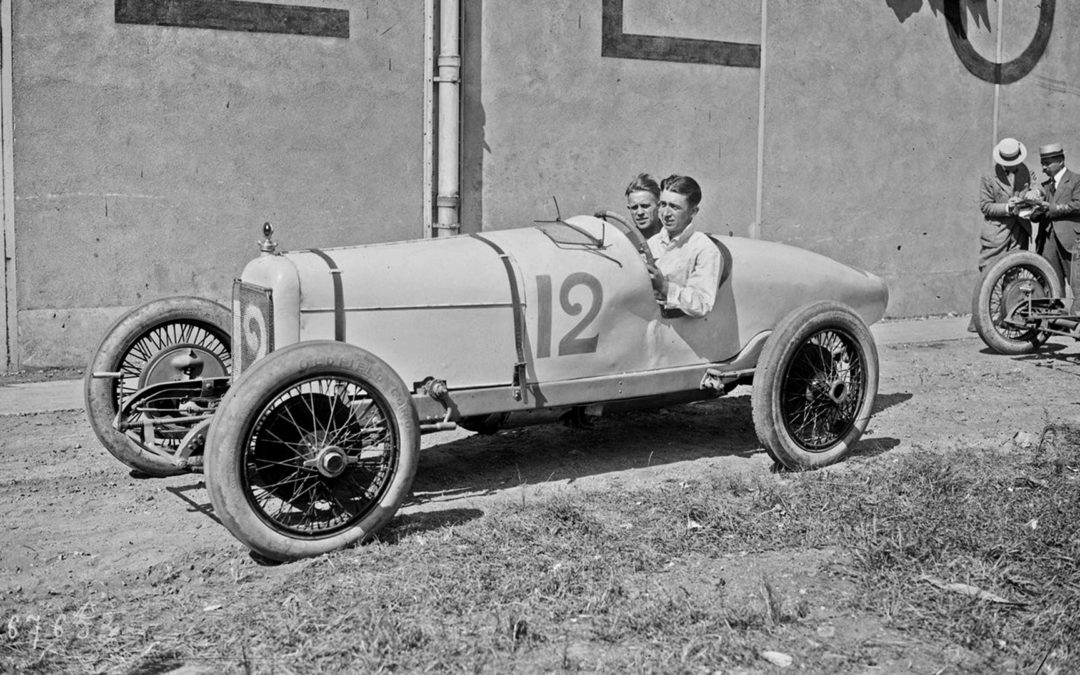 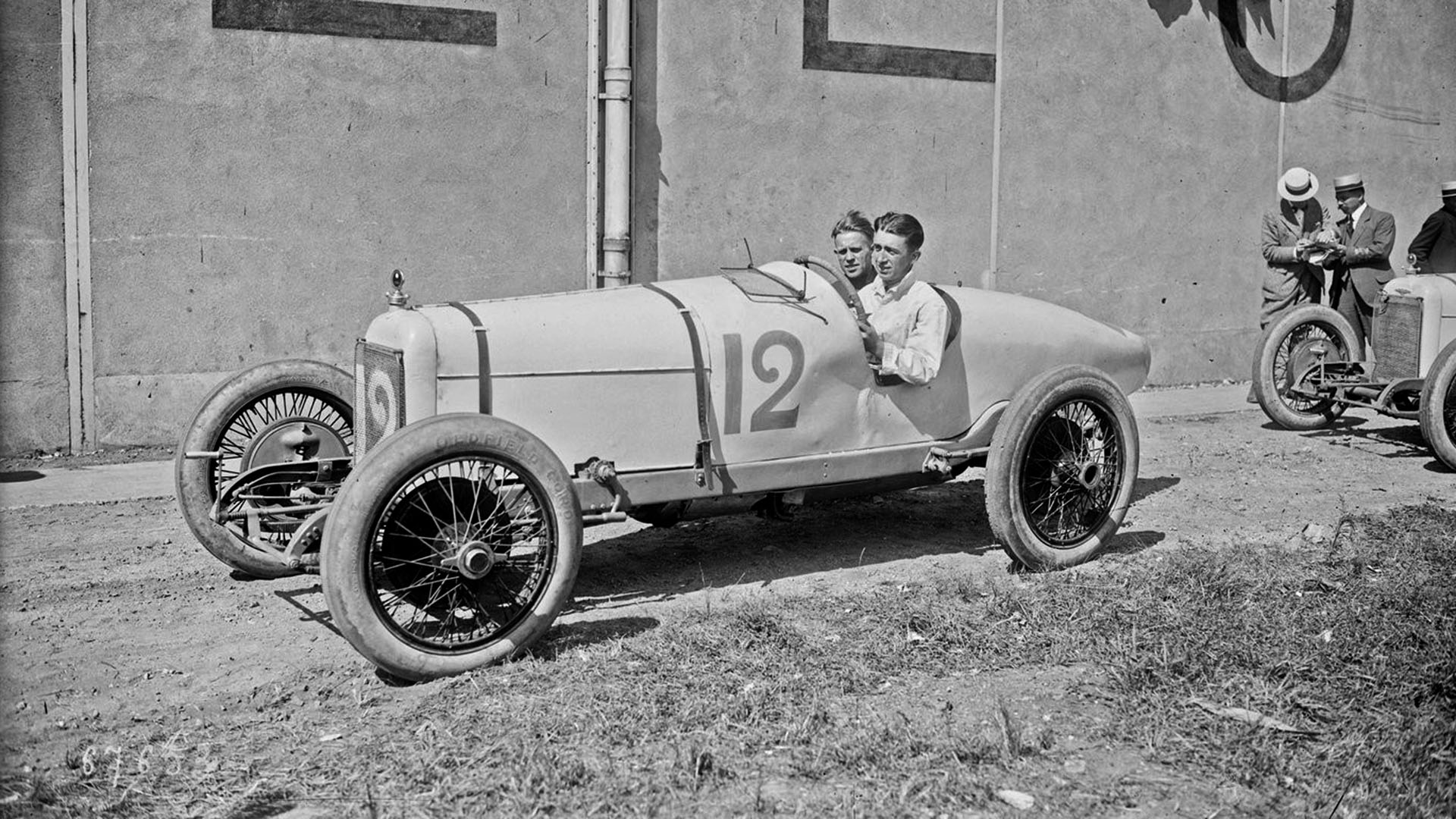 One of my racing heroes, Jimmy Murphy, became the first American to win a Grand Prix on this date in 1921. In 2016, as part of a year-long series of digital features for the Indianapolis Motor Speedway on the 100th anniversary of the Indy 500, I wrote about Murphy.

Since then, and thanks to a change of servers at IMS, all of those stories disappeared, so on the 100th anniversary of Murphy’s French GP victory, here’s the piece with photos from IMS that ran in 2016, and some new gems made available by the National Library of France: 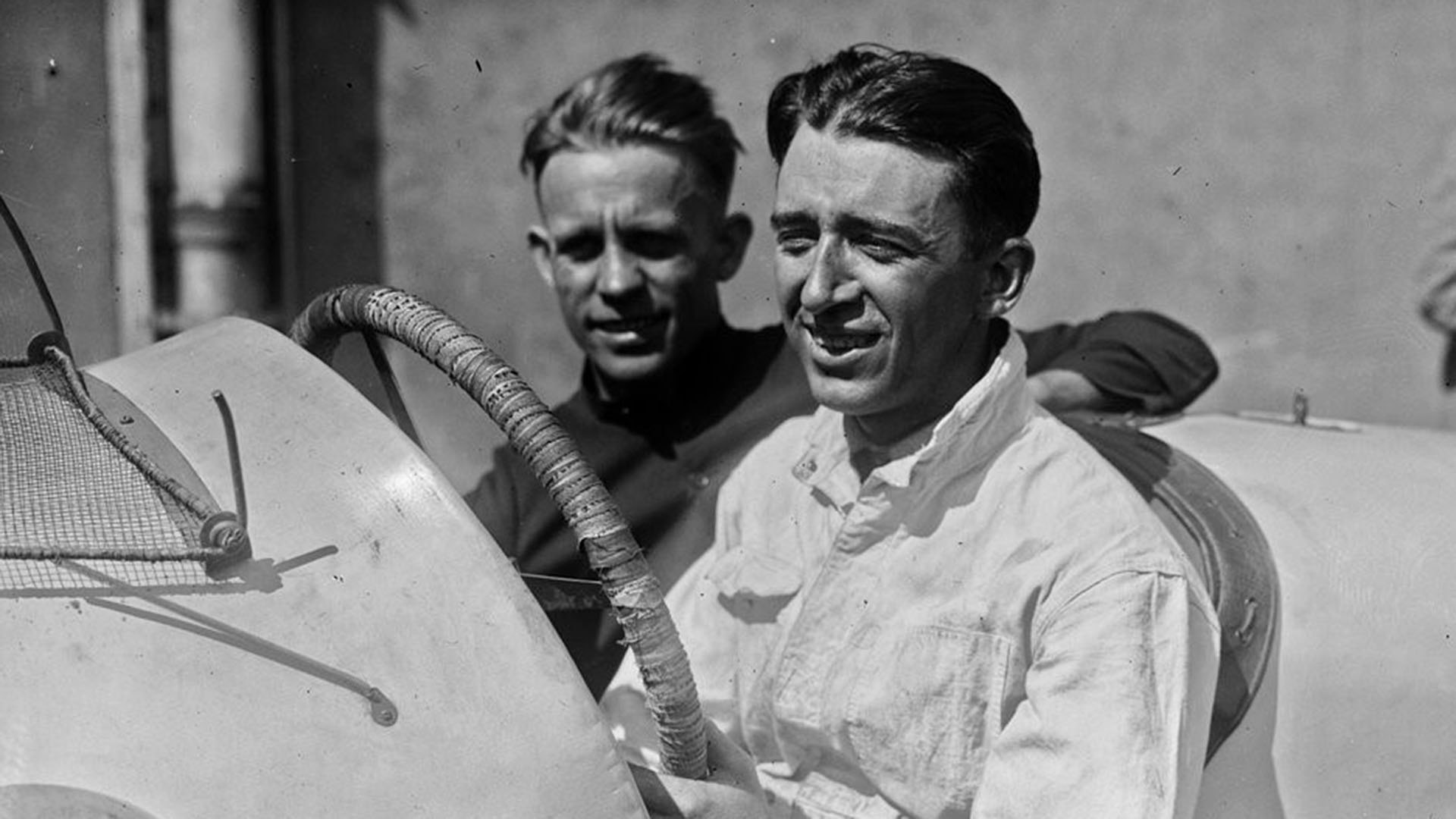 Resting among the other Indy 500 winners in the Indianapolis Motor Speedway Museum, Jimmy Murphy’s Duesenberg stands out as a vision of beauty. The San Franciscan drove the car made by Minnesota’s Duesenberg fitted with an advanced straight-8 engine from Harry Miller’s shop in Southern California to victory at the Speedway in 1922, and for that accomplishment alone, the gorgeous car and its inspiring ace are deserving of exceptional praise.

But it wasn’t the first time Murphy made international headlines with the pearl white machine.

Step back to July 25, 1921, where the No. 12, fitted with a straight-8 engine designed by company co-founder Fred Duesenberg, made Murphy the first American to win a European grand prix. 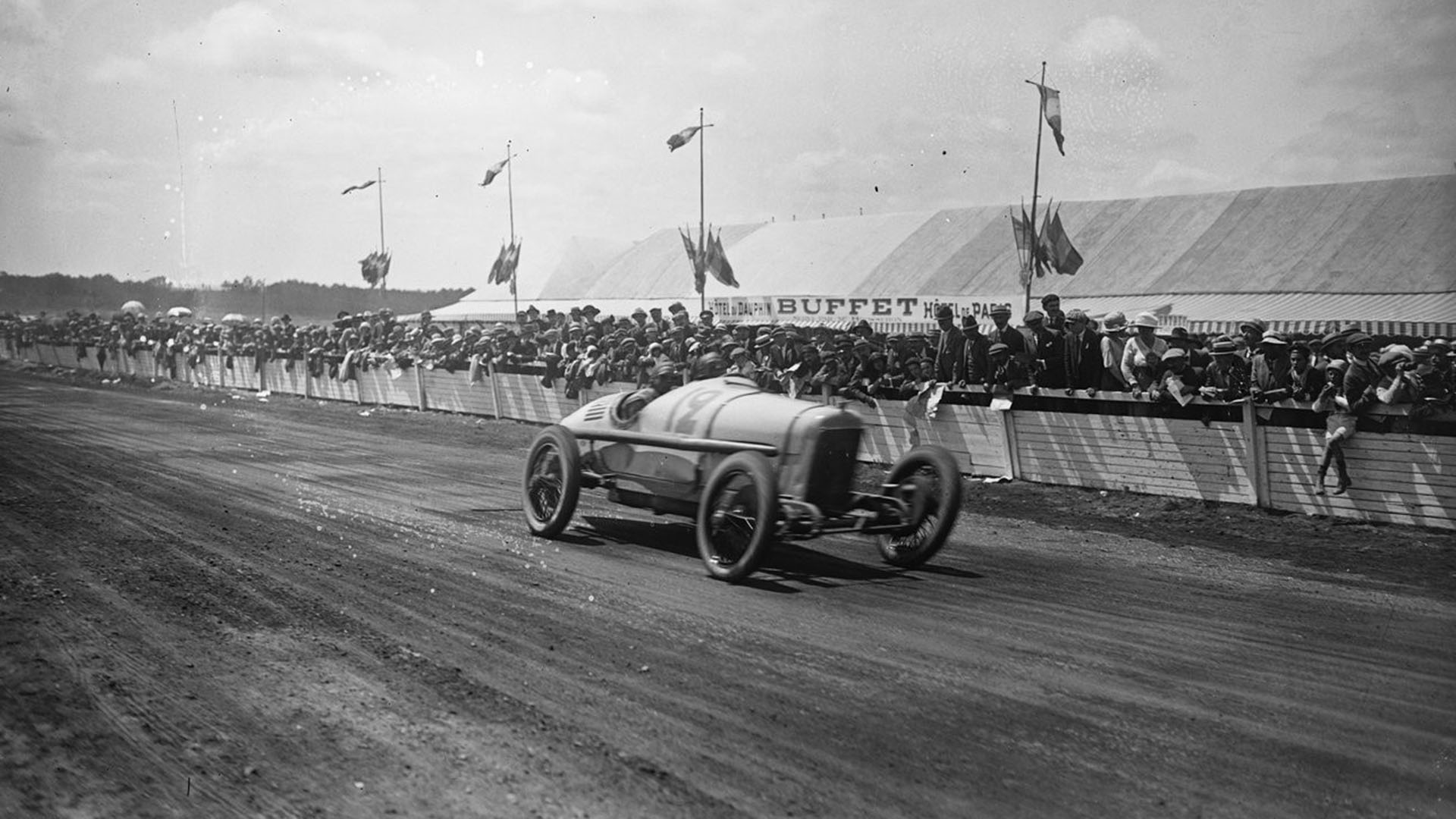 Miller and the Duesy firing by on the front straight at Le Mans [NLF].

“During practice for the Grand Prix, [Murphy] had an accident due to brake imbalance with the Duesy’s new four-wheel hydraulic brakes,” Tom Ceretto wrote in Indy Car & Championship Racing magazine. “Bloodied, taped up and in pain with two broken ribs, Jimmy had to be hoisted into his white number 12 Duesenberg at the start of the race.” 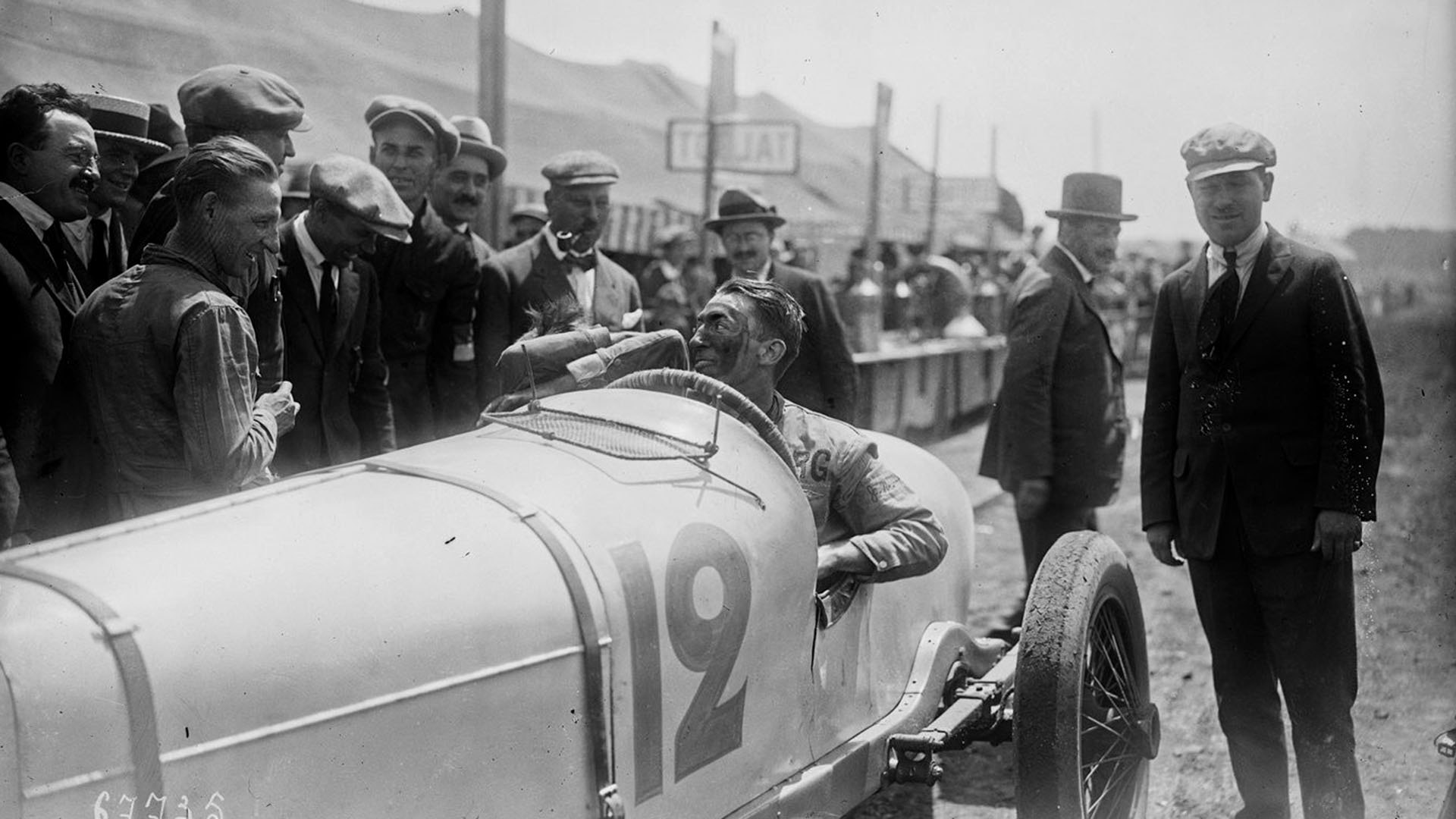 His face covered in dirt and grime, a relieved Murphy contemplates his achievement in France [NLF].

Battered from his pre-race crash, Murphy – in an ironman performance for the ages – held on for just over four hours as the rough Le Mans circuit sent punishing jabs through the Duesy’s seat. Winning the 1922 Indianapolis 500 was far from effortless, but compared to the strength and determination Murphy was forced to summon in France in 1921, his breakthrough with the modified Duesy-Miller at the Brickyard was significantly less dramatic.

At Le Mans, with riding mechanic Ernie Olson at his side, he quickly made his way to the front and weathered intense pain to reach the checkered flag a full 15 minutes ahead of the rest of the field. Born to Irish immigrants and raised without the benefit of wealth, Murphy’s life prior to motor racing was shaped by his rugged upbringing. He was the perfect driver to deal with adversity on the road to triumph in France.

The fame and acclaim that followed from the win made the Duesenberg brand – the renowned “Duesy” – a household name. For Murphy, the transformation from a riding mechanic at Indy to a factory Duesenberg driver to the become first American to vanquish the best (Formula One’s precursor) had to offer was the ultimate rags-to-riches story. 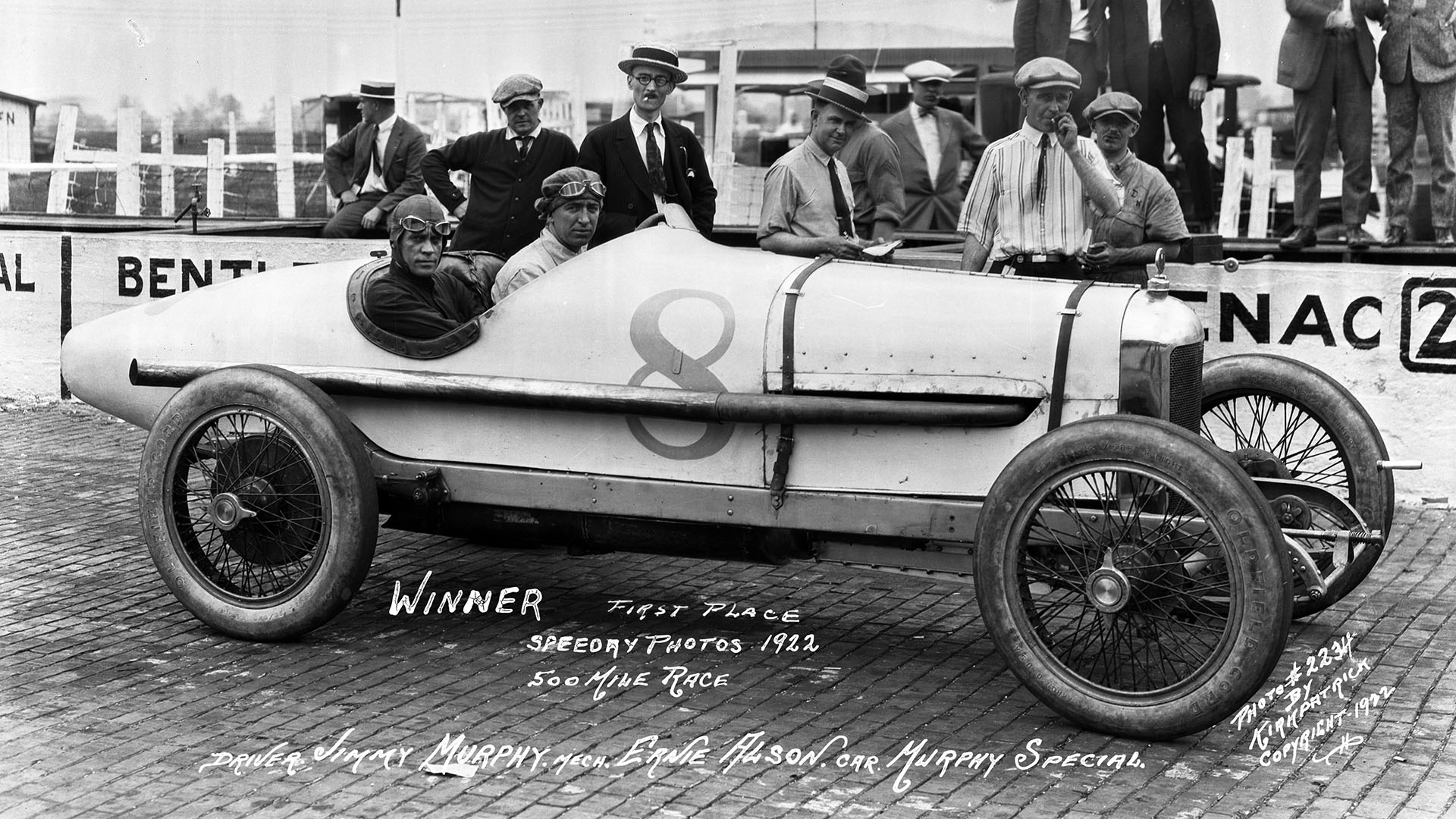 Between his French grand prix win in 1921 and the 1922 Indy 500 victory, Murphy spent an incredible nine hours, 24 minutes and 41 seconds behind the wheel of the Duesy to complete the nearly impossible year-to-year feat. Two years after conquering the treacherous French road course, organizers would transform the race from its place as a stop on the grand prix calendar to the event we know today: The 24 Hours of Le Mans. 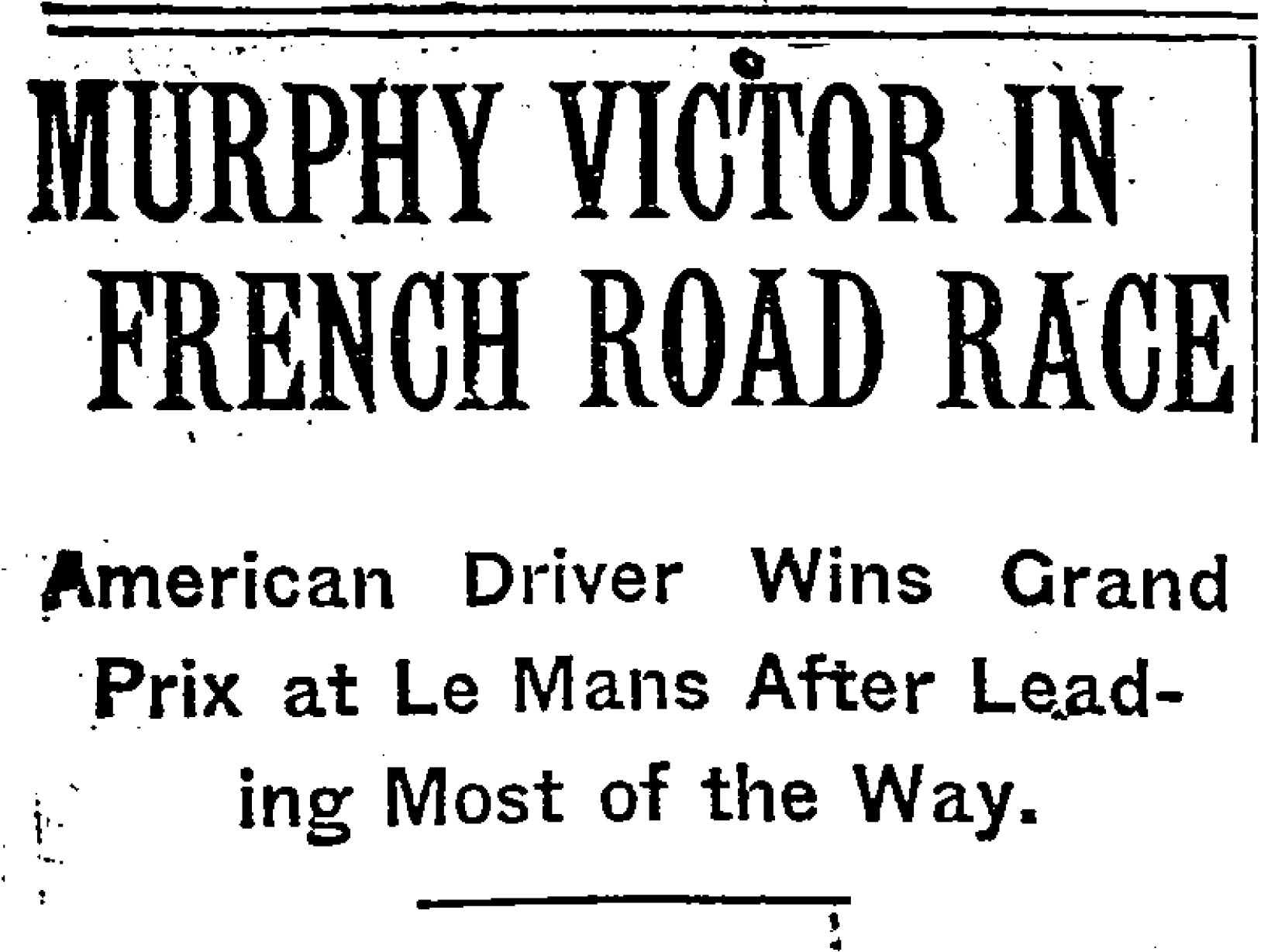 A terrible crash on a dirt track in Syracuse, New York ended Murphy’s life on September 15, 1924, three days after his 30th birthday. Adding to his 1922 Indy 500 win and AAA Drivers’ championship, Murphy was posthumously crowned the 1924 AAA champ. In five Indy 500 starts during an era where poor mechanical reliability was the norm, Murphy placed an astonishing fourth, 14th, first, third, and third.

Next time you’re at the IMS Museum, stop by spend some time with Murphy’s old No. 12. As far as racing heroes go, Jimmy and that Duesy might be among the lesser-known legends after 100 years have passed, but they definitely belong among the American greats. 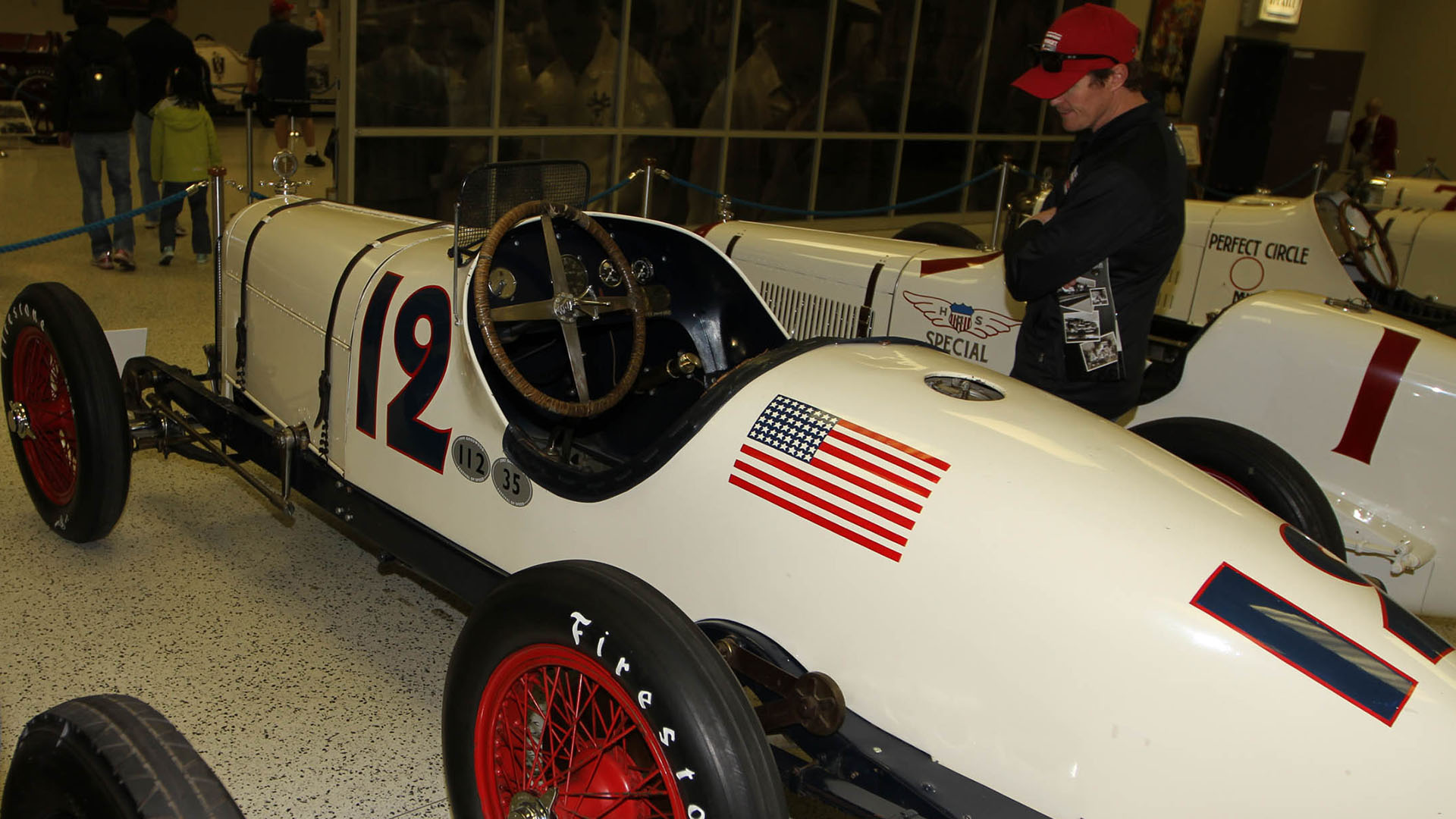