I have two thank-you notes to write, and I’ll start with the newest.

My wife Shabral and I have been the recipients of two incredible surprises this month, and the latest comes in the form of a sticker created by my friend Andy Blackmore.

With our vigilant fight against cancer taking precedence over work, traveling to cover races like the 24 Hours of Le Mans is not possible, and with that known, Andy and Corvette Racing public relations ace Ryan Smith, along with my Week In Sports Cars co-host Graham Goodwin, hatched a plan to immerse Shabral in love and support through some of the amazing cars that will compete this weekend in France.

As I learned this morning, Smith had the stickers printed and numerous teams, including fierce factory rivals and privateers, happily volunteered to carry the “Keep Fighting Shabral/Marine Strong” message that honors her unwavering determination and service to her country as a member of the U.S. armed forces.

Both Corvette Racing C7.Rs carry the message of encouragement. 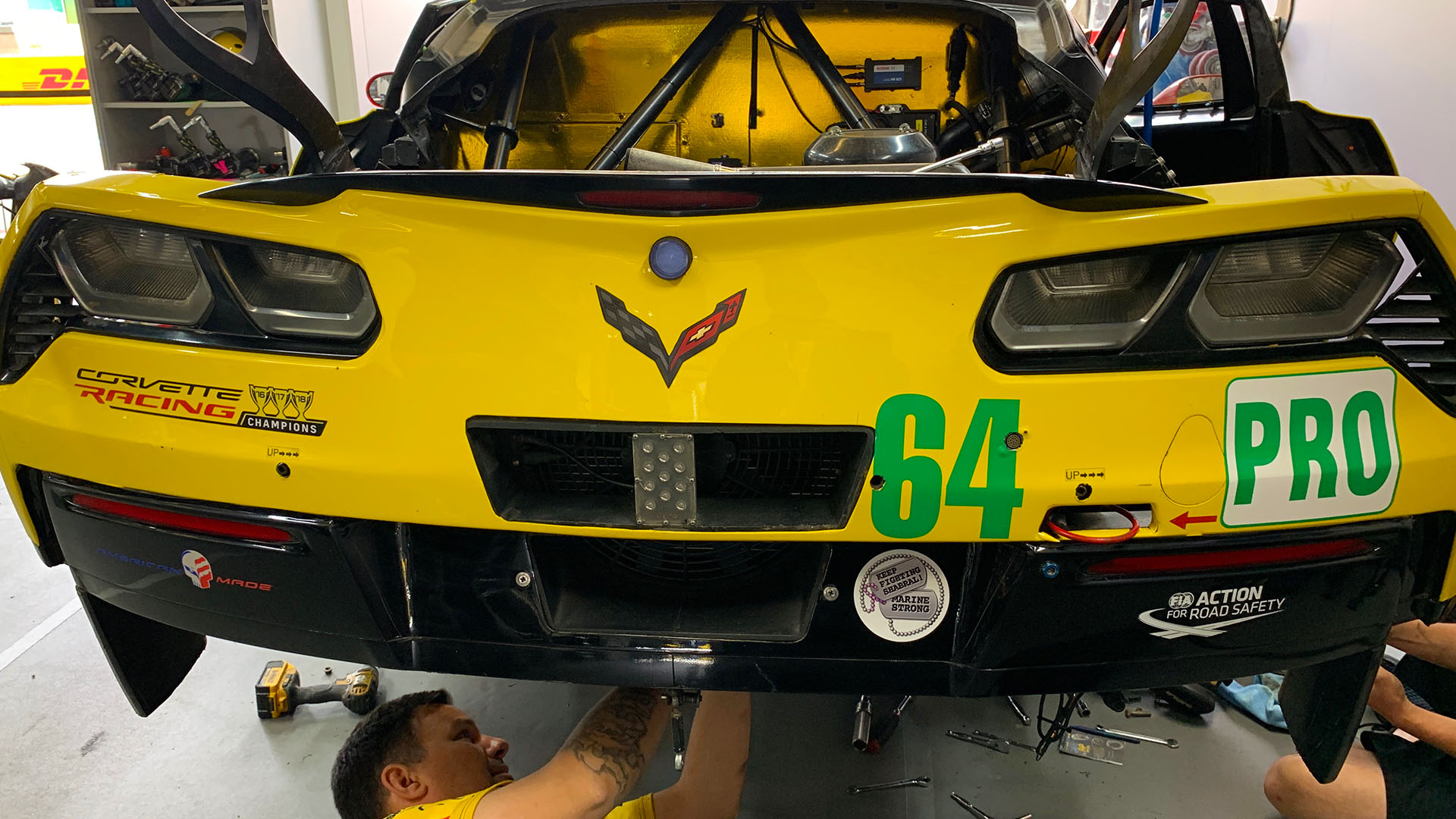 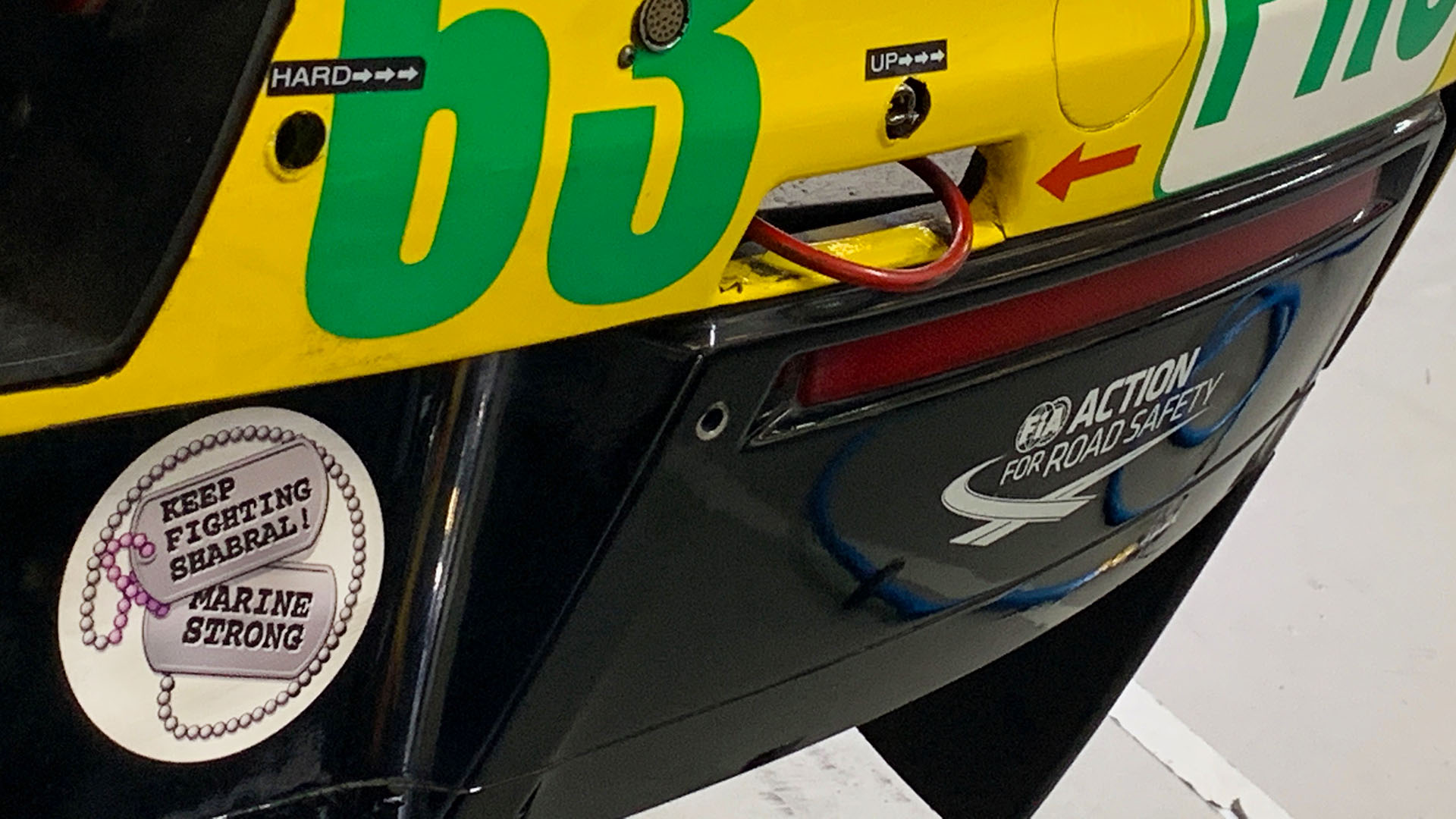 All four of Ford Chip Ganassi Racing’s GTs wear the stickers, along with the fifth GT, owned by Ben Keating and run by Bill Riley’s Riley Motorsports team.

DragonSpeed’s Elton Julian and Henrik Hedman placed the stickers on their gorgeous Gulf-liveried LMP1 Dallara, and the LMP2 ORECA 07. 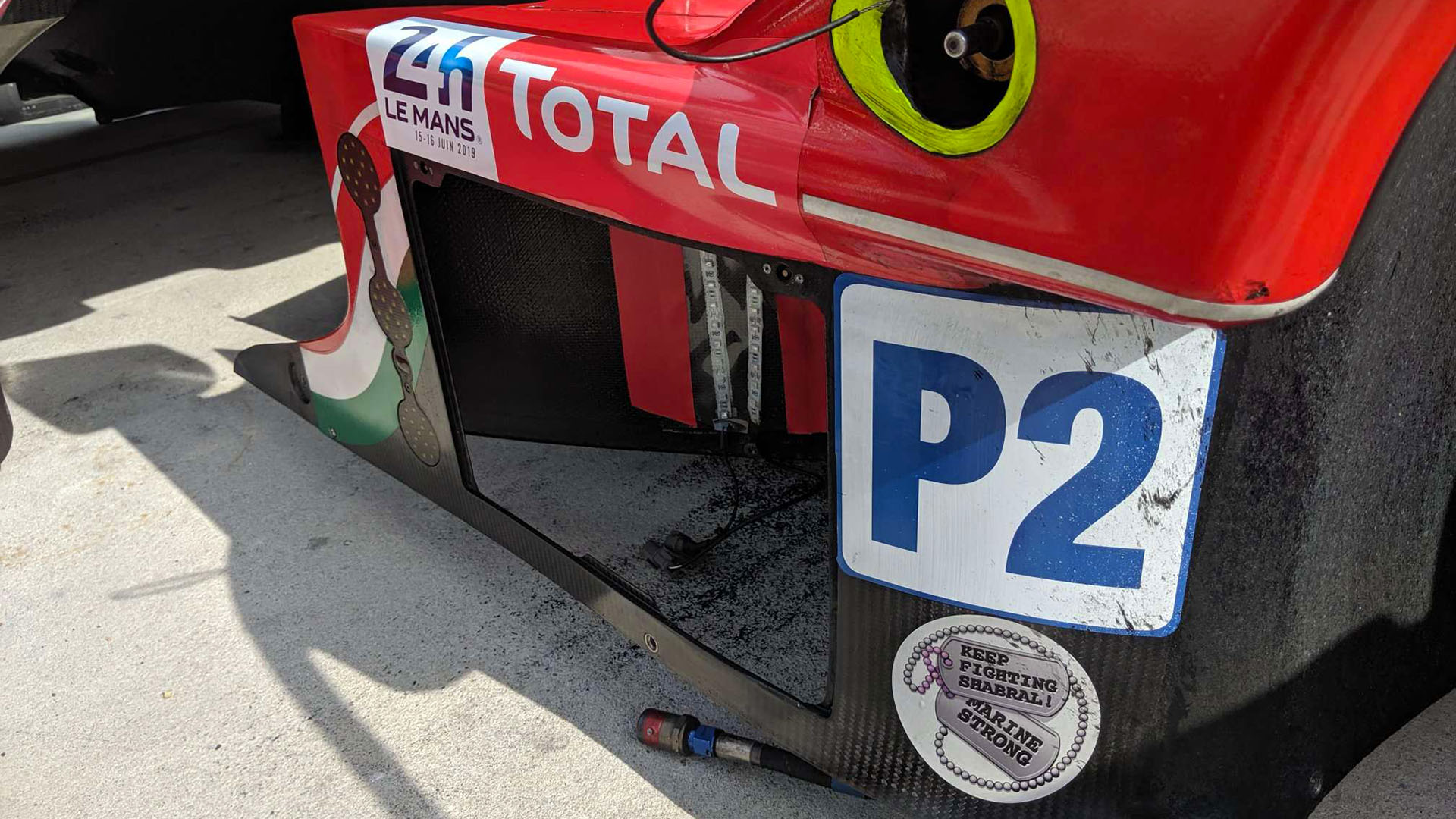 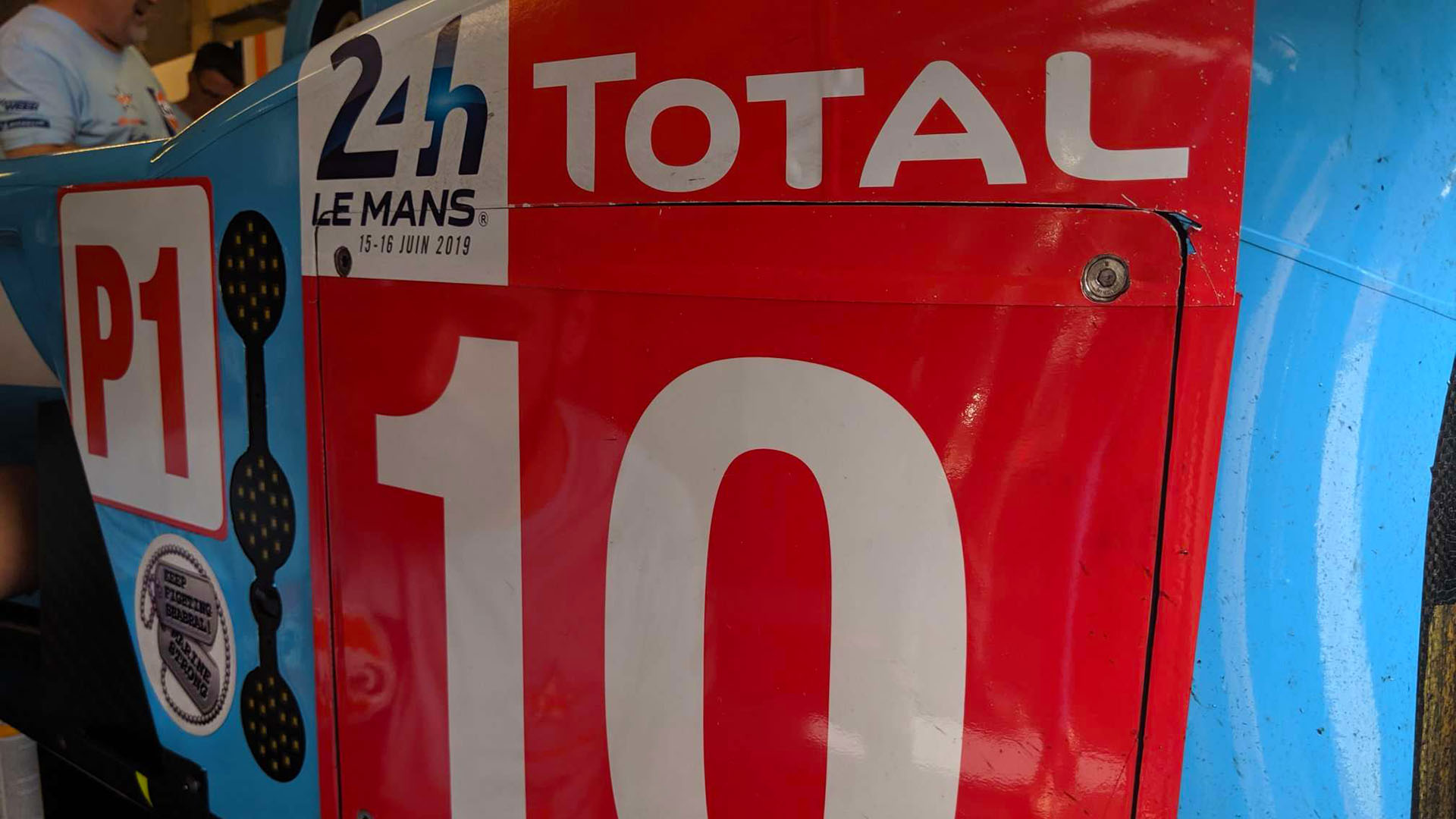 The WeatherTech Racing Ferrari 488 GTE owned by David MacNeil and raced by his son Cooper has a sticker installed, and their fellow GTE-Am Ferrari team JMW Motorsport have followed suit.

Zak Brown and Richard Dean, owners of the United Autosports team, were kind enough to apply stickers on both of their Ligier JS P217 LMP2s, and finally, my dear friend Sebastien Bourdais has placed a sticker atop the helmet he’ll wear while driving the No. 68 Ford GT. 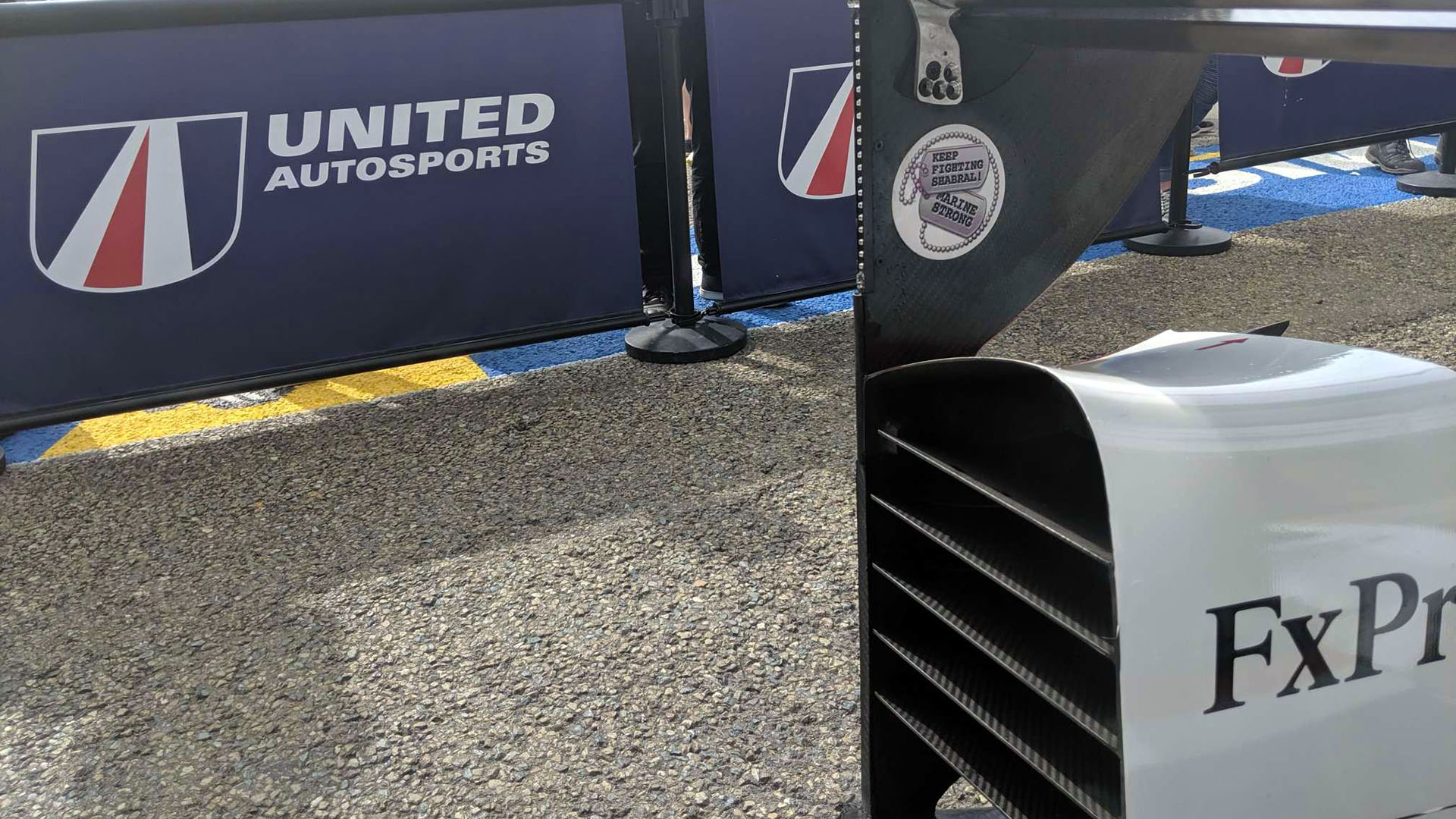 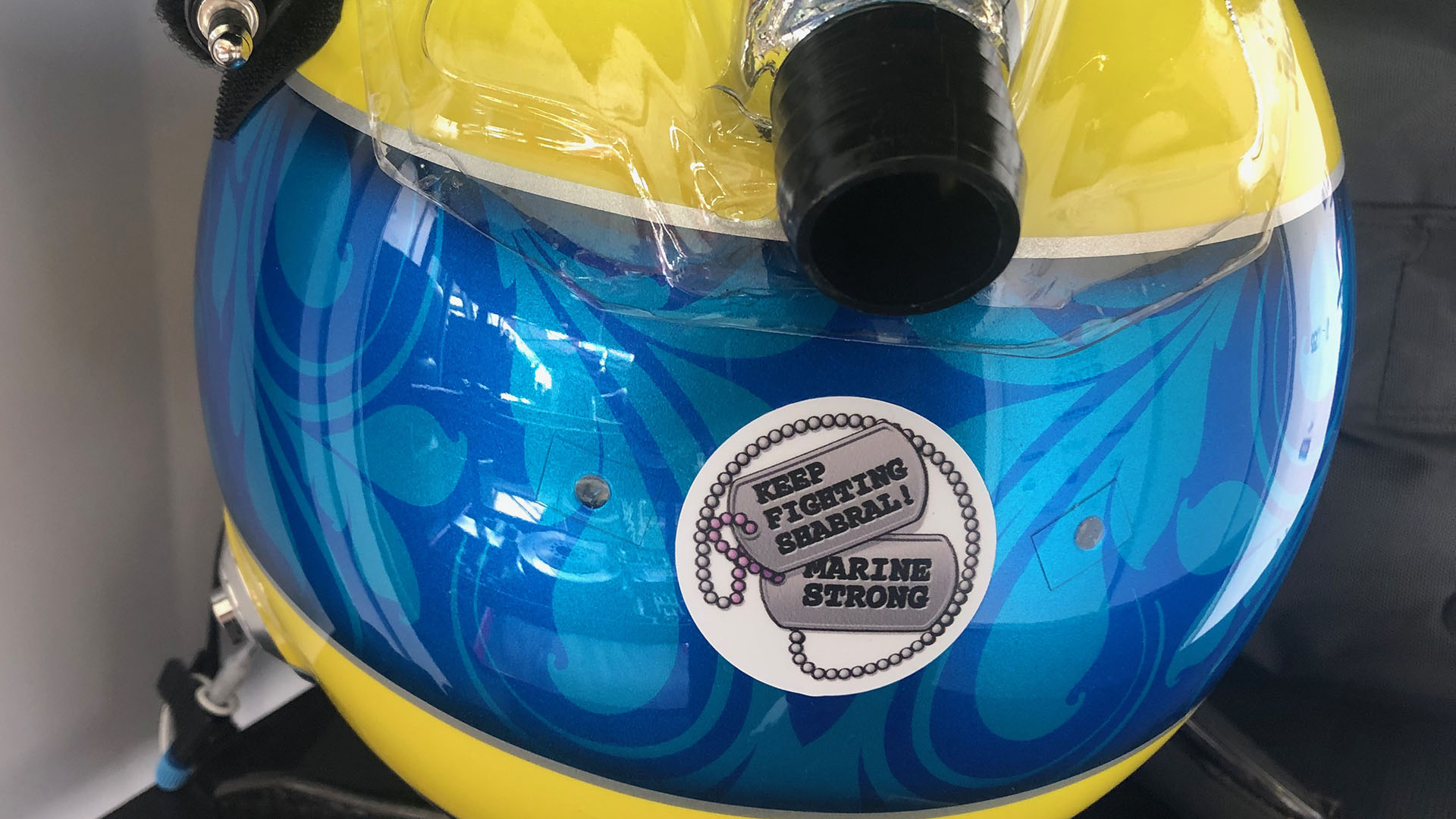 Altogether, at last count, that’s 15 cars in the field of 61—nearly 25 percent of the Le Mans grid—representing all four classes at the 24 Hour race, heading into battle bearing Shabral’s name.

All because a group of friends, most who’ve never met my wife, have the heart and ability to do something extraordinary, all in the hope of lifting her spirits, using the world’s biggest motor race as the conduit. Having covered Le Mans for 10 straight years from 2007-2016, it feels like the race has been brought home to us in California.

How blessed we are.

My next post will focus on the indescribable support we’ve received through the nearly $125,000 that’s been raised for medical bills and related costs through the GoFundMe page created by RACER Magazine’s Paul Pfanner and Molly Binks.