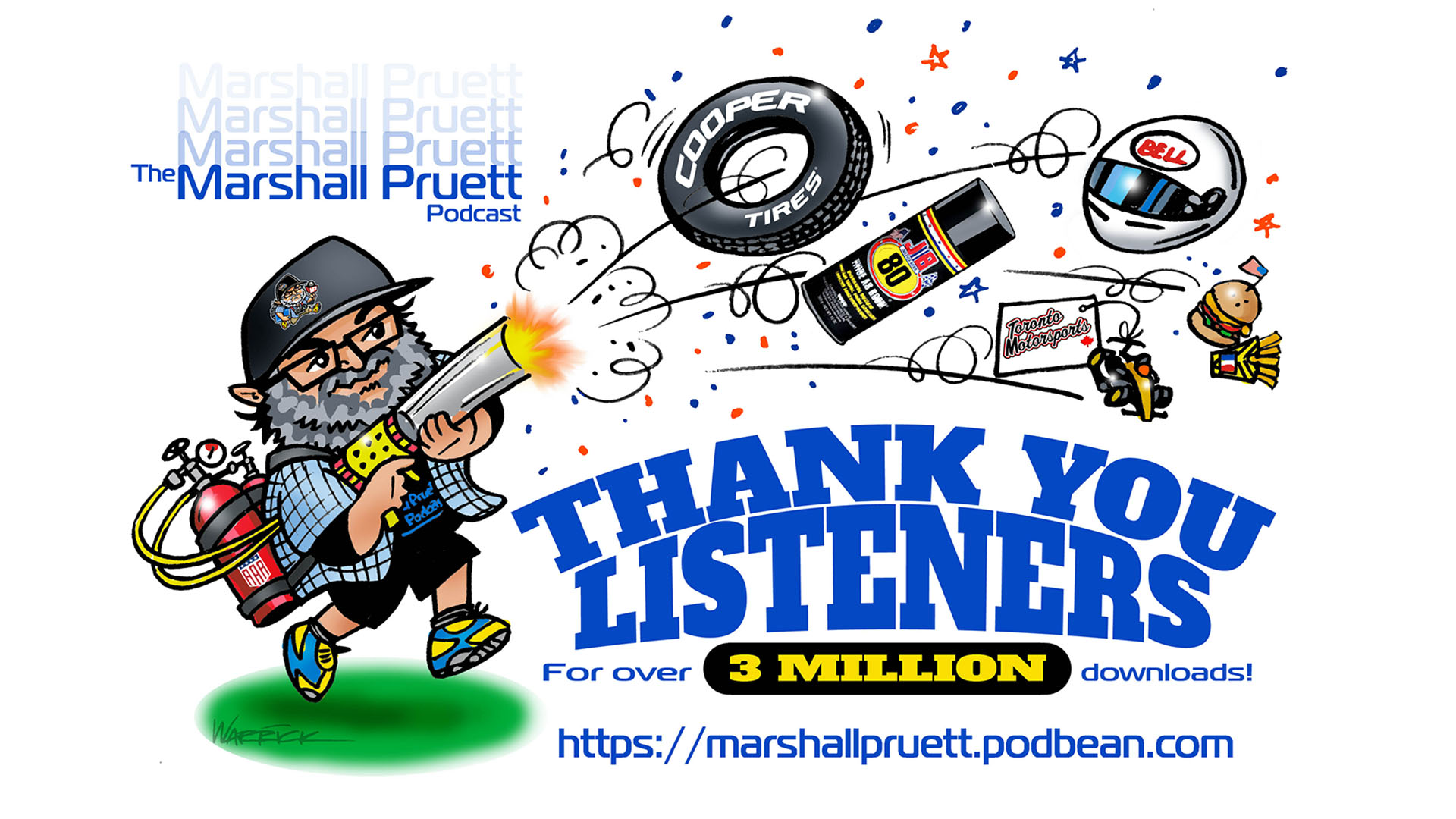 Something fun happened overnight on June 18: We passed the threshold of 3,000,000 downloads for our podcast that launched in May of 2016.

Compared to mainstream podcasts that generate those numbers in a week, 3,000,000 for the MP Podcast is utterly meaningless. But in our relatively small world of open-wheel and sports car racing, where the vast majority of our content and shows are focused, I’m proud to see how far we’ve come with the enduring support of amazing guests and listeners.

In terms of benchmarks, it took one calendar year to reach 650,000 downloads by our first anniversary in May of 2017. Having reached 2,000,000 downloads early in November of 2018, the next 1,000,000 has been produced in approximately eight months. It’s all due to an increasingly awesome and expanding base of listeners, and partners, led by Cooper Tires, the Justice Brothers, TorontoMotorsports.com, and Bell Racing Helmets.

Our live podcast shows have taken off since the first debuted at the Road America IndyCar round in June of 2018. More followed last year at Road America IMSA, plus Mid-Ohio, Portland, and Sonoma IndyCar. So far in 2019, we’ve held some fun live podcasts, often at the request of manufacturers, including the Rolex 24 at Daytona with Mazda, 12 Hours of Sebring with Ford, St. Petersburg IndyCar, Mid-Ohio IMSA with Acura, and at the Indy 500 (below). 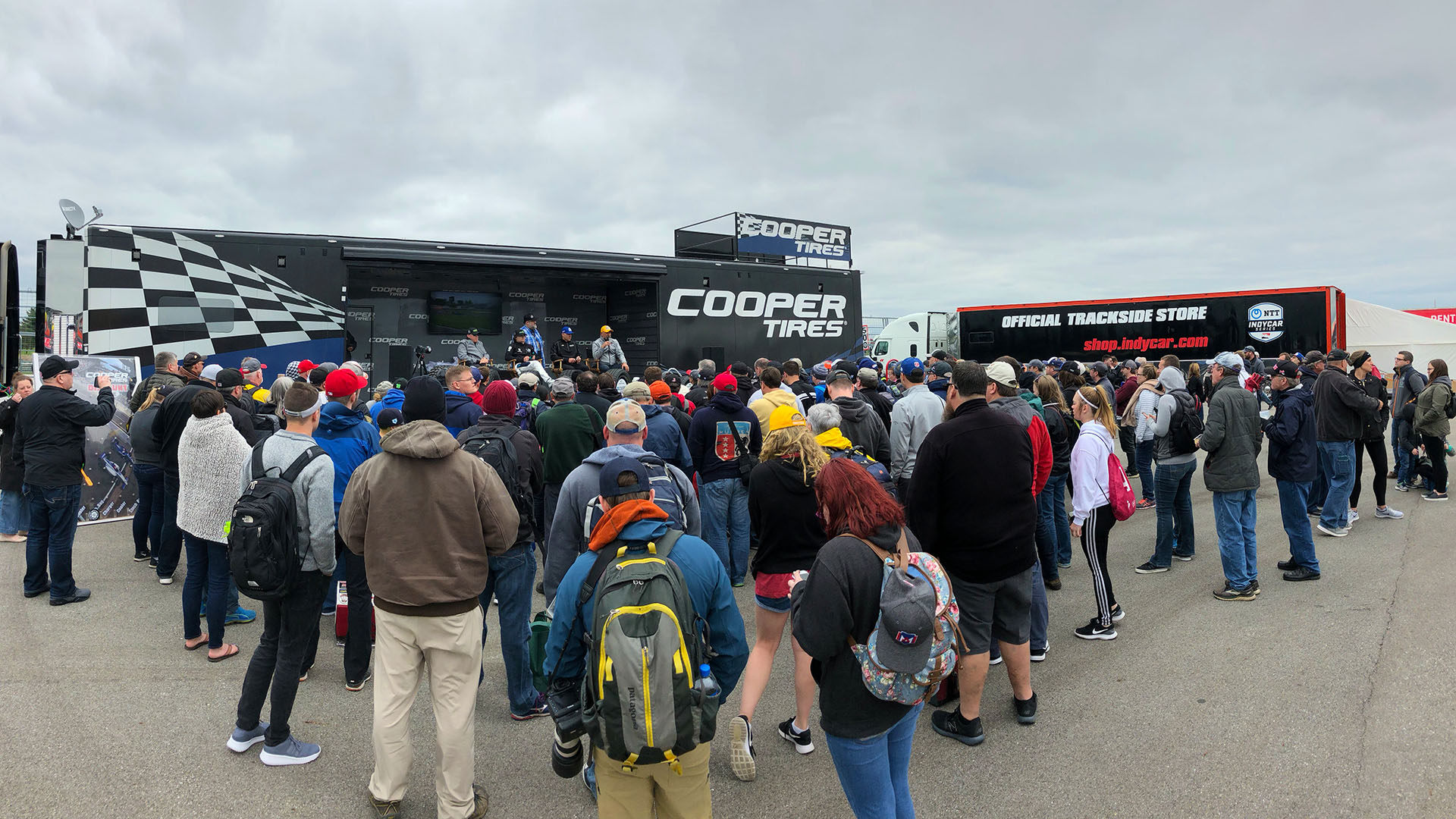 Although my travel for the rest of the year has taken a backseat to pressing needs at home, I’m hoping to put on a few more live events, most likely nearby in the coming months with IMSA and IndyCar on the west coast.

We recently launched MarshallPruettPodcast.com which houses every episode to date, split into a variety of categories, and offers easy ways to subscribe for new listeners. Regular staples like The Week In IndyCar, The Week In Sports Cars with Graham Goodwin, and the new Inside The Sports Car Paddock shows, in concert with the short-form Catching Up With series and the long-form My Racing Life and Career episodes, continue to drive most of what the podcast has to offer.

And finally, we have some long overdue podcast features to roll out in the near future. Who The Hell Are You, Season 2, So You Want To Work In Motor Racing, and other goodies are sitting on my hard drive awaiting production. More to come on those, and a few dozen other podcasts that require prompt attention…

So, thank you once more for continuing to give the podcast—the only thing I do for #mepersonally—the kind of lift that I never expected when it sparked to life.

As I noted on one of the latest Week In IndyCar episodes, although I don’t know most of you, based on the kindness and warmth that’s been received, you feel like family. Pretty cool to see how our little podcast is starting to grow as a result of your support.